The NTT Research building located at Sunnyvale is a one of a kind building with state of the art equipment for research. Given its expertise in alternate energy management, FCT Energy LLC (a subsidiary of FC TecNrgy, India) was invited to design and implement a Net Zero Energy solution for the Research facility. Being the Master System Integrator, FCT Energy brought various industry leaders on the table to provide their services. Apart from PV (Photo Voltaic) cells, the system uses specially designed Fuel Cells which will be used to power the critical loads in case of any outages. The solution also has energy converters and massive storage devices along with the highly advanced Intelligent Energy Manager which functions as a decision maker/controller for this entire set up.

The feasibility study of the project was carried out by FCT and with Sunnyvale receiving more than 3000 hours of sunlight annually on an average the installation of solar panels was designed in a manner to capture maximum sunlight within the allotted area of the building both on the roof top and on carport canopies. Knowing that the building had certain critical loads which have to be powered round the clock without fail, a dedicated power source (Fuel Cells) was brought into the design. Specially modified Fuel Cells specifically for the critical loads along with inverters and batteries were also placed in the solution to cater for a 100% back up for the critical load in case the of an inclement weather or extended outage. A specially designed Intelligent Energy Manager would not only interminably monitor the health of the entire system but would also take crucial decisions at important junctures. Although the entire system will be a grid tied system, the aim of the complete set up would be to take less energy from the grid than what is being produced by the solution. 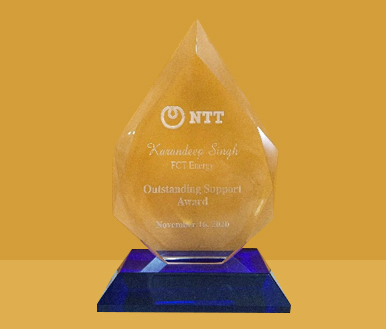