Hydrogen is gaseous, colourless and odourless. It is typically stored in compressed gas cylinders from 200 to 300 bar. Based on its weight, hydrogen has a very high energy density, is safe for the environment and non-toxic to humans. Through the electrolysis process, hydrogen can be produced in an environmentally friendly way from renewable energies such as wind or solar. The hydrogen produced in this way is carbon dioxide-neutral. The electrolytic production of hydrogen is the simplest and – in relation to the electrical energy used – a very efficient process. The water electrolysis and the fuel cell reaction are based on the same electrochemical principle: by reversing the current direction, electrical energy is consumed (electrolysis) or released (fuel cell).

A Fuel Cell uses the chemical energy of hydrogen or another fuel to cleanly and efficiently produce electricity. Hydrogen Fuel cells are unique in terms of the variety of their potential applications, they can provide power for systems as large as a utility power station and as small as a laptop computer.

A fuel, such as Hydrogen, is fed to the Anode, and air is fed to the Cathode. In a Hydrogen Fuel Cell, a catalyst at the anode separates hydrogen molecules into protons and electrons, which take different paths to the cathode. The electrons go through an external circuit, creating a flow of electricity. 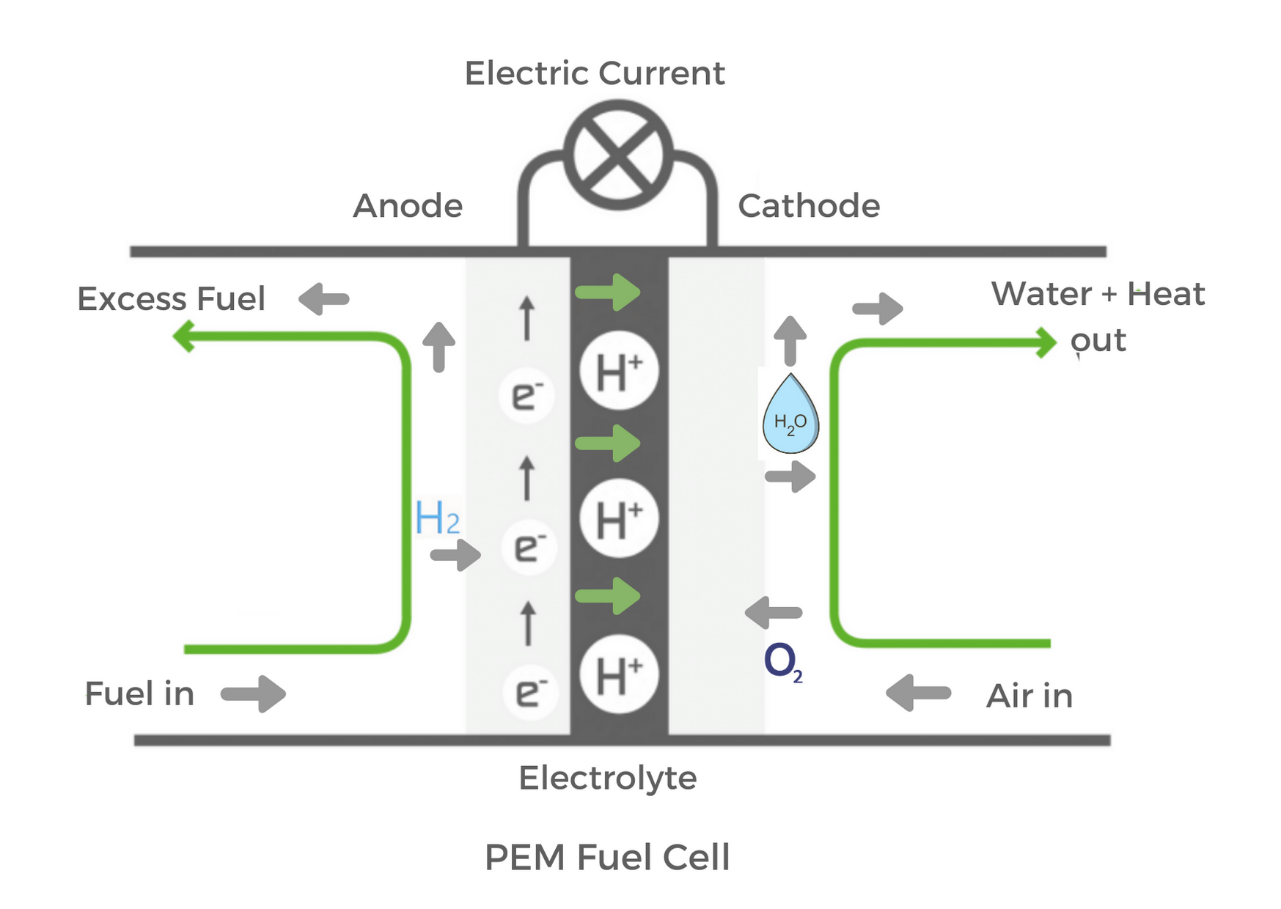 Our environment friendly EFOY Jupiter PEM (Polymer Electrolyte Membrane) technology based Fuel Cells generate power from the hydrogen complemented by oxygen from the air. Hydrogen is directly converted into power. In addition to the DC power, the only other output is water vapour. In a fuel cell, hydrogen and oxygen are combined to generate Electricity, Heat, and Water. Our EFOY JUPITER Hydrogen Fuel Cell with just one control unit can have nominal outputs ranging from 2.5 up to 20 kW that can be individually scaled. The Operation and Installation are very simple and there are no emissions and the solution is very quiet and efficient.